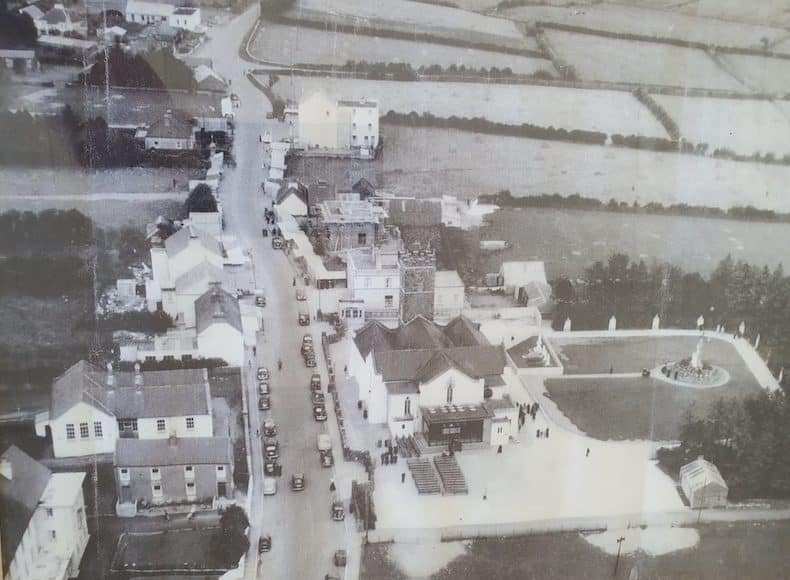 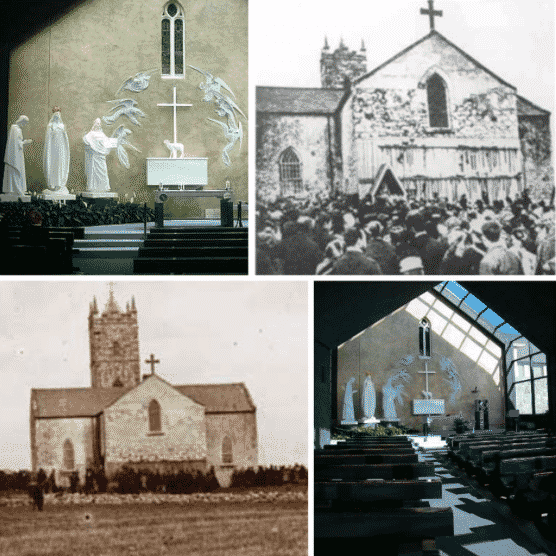 The Apparition Of Our Lady At Knock

On the eve of the 21st August in 1879 an apparition took place in the small rural village of Knock. Our Lady, St Joseph and St John the Evangelist appeared at the south gable of the church at Knock. There were 15 witnesses which included men, women and children of various ages and amongst those was Dominick Byrne. They watched the apparition for two hours in the pouring rain and recited the rosary as the wind from the south drove rain against the gable, but it remained perfectly dry. Today the Marian Shrine Knock is one of the most visited religious sites in Ireland with hundreds of thousands of pilgrims and visitors annually.

Monsignor James Horan was born in Partry County Mayo and was ordained in 1936, he served in various locations throughout county Mayo and in 1963 transferred to Knock where he became parish priest in 1967 where he worked to improve the living standards of the local community. While stationed at Knock, Monsignor Horan oversaw the building of a new church the Shrine of our Lady of Knock. In 1979, exactly 100 years after the apparition Monsignor Horan had a major role in the preparing for the visit of John Paul II. That September during his visit, the Pope elevated the new church to the status of Basilica, where mass was celebrated in an open alter for a congregation of almost half a million people famously saying “Here I am at the goal of my journey to Ireland” The novena at Knock which started in 1977 takes place annually every August over a nine day period attracts thousands of pilgrims for daily mass and prayer in the Basilica. 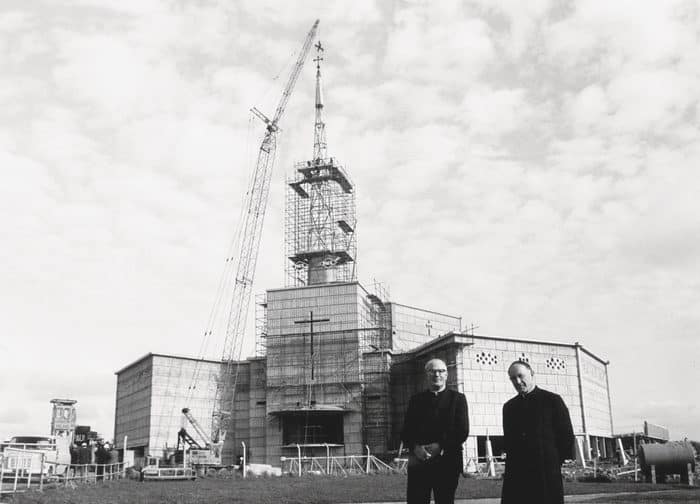